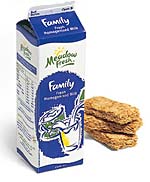 You all know how it is – you go to the supermarket and you buy stuff and you throw it in the trolley and you get to the checkout and pay your money and leave. Gone are the days where I knew how much things cost. Since supermarkets stopped pricing goods individually I never look to read the numbers near the bar graphs – half the time I can’t find them anyway.

So, it came as a bit of a shock when I borrowed some coins out of Sugar’s wallet to go and buy a bottle of milk from the dairy. Luckily I had taken all her gold coins – two two’s and a one. I grabbed a bottle of milk out of the chiller, passed it over to my friendly dairy owner who promptly but politely demanded $4.70 from me. This left me with 30 cents change.

Bloody hell! I could have bought two big bottles of Coke for that (if I’d wanted a sugar fix and, in the long run, bad teeth).

Why is it that dairy farmers are making stacks of money with the big Fonterra payout, and we are paying more for milk domestically? Surely it should be like buying petrol in Saudi Arabia – it’s refined in their backyard and they sell it to the locals for a pittance. What’s going on?

Dairy products are in great demand all around the world. There was a huge drought in Australia, so their milk production is down; there is more emphasis on cheese in the European Union as a result of changes to the Common Agriculture Policy back in 2003; and rainstorms in Argentina held up production there.

So demand is centred here. In little old New Zealand where dairy farmers are – excuse the pun – creaming it.

To those people who do follow the price of their grocery items with more care than me it’s little wonder that they are buying soft drinks and powdered juices for their children instead of milk. It’s a crime actually. This behaviour adds to obesity, diabetes, bad teeth…and a lack of milk reduces iron intake, and calcium necessary for bone health.

This from the National Children’s Nutrition Survey in 2002 :

Powdered fruit drink and Fruit drink from concentrate or cordial were drunk weekly by 54 percent and 32 percent of children respectively.

There were no differences between males and females in the proportions consuming these types of drinks weekly.

However, the proportions of children 11–14 years who drank Coca Cola or other cola drinks, Tea, Sports drinks, ‘New Age’ drinks and Coffee weekly were higher compared with those 5–6 years.

In comparison milk consumption was lower: the study found…

Obviously the low consumption of milk products is not all related to cost – but it has to be one of the contributing factors.

We either need to put up the price of soft drinks (tax it like cigarettes) or lower the cost of milk (subsidise it and make it available in schools again).

5 thoughts on “The price of milk”