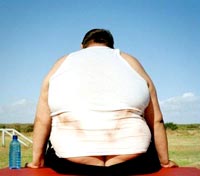 I did a straw poll at work today.

My question was “What do you think is the most commonly prescribed drug in New Zealand, after Paracetamol?”

Here are the responses from my co-workers, in no particular order:

This information comes from the Pharmac Annual Review ending June 2006. This does not include non-subsidised prescriptions (i.e. those paid for by the patient or those where the cost falls under the patient co-payment).

I can totally understand the Paracetamol prescriptions – it’s considered a cure-all for many ailments.

But #2 and #3 really surprised me. What do both of these medicines do?

According to this site: http://www.nlm.nih.gov Simvastatin is used to:

“reduce the amount of cholesterol (a fat-like substance) and certain other fatty substances in your blood. It works by slowing the production of cholesterol in the body.

So, what sort of patient needs Simvastatin?

I’m obviously not a doctor but in my non-clinical investigations I can reveal you get high cholesterol from:

Eating excessive amounts of saturated fat (eg. from animal foods or eggs) combined with inadequate nutrition from fruits, vegetables and high-fiber foods, can lead to high cholesterol or by consuming a high intake of trans fats (eg. from cakes, cookies, crackers, pies).

To put it bluntly you’re either a tub of lard eating crappy food, or you are genetically predisposed to the condition. Those that need Omeprazole are probably in the same boat. You can get heartburn from eating too much fatty food, too much chocolate (oh dear), drinking too much alcohol and smoking cigarettes at the same time, eating large meals, eating straight before you go to bed, and basically making a complete and utter pig of yourself.

Where am I going with all of this?

Well, I found this absolutely incredible that so many people are going to their doctors with heartburn and raised cholesterol, and asking for pills and medications to fix their ailments.

I’m hoping that the doctors prescribing these medications are also suggesting these patients make healthier eating choices; that they exercise more; and that they eat less but more often.

Now when I see overweight people in the supermarket loading up with fizzy drinks, white bread, and lollies, I’ll also be asking the question (not to them but to myself) “Are you taxing the health budget by being prescribed these unnecessary drugs? Do you have in your medicine cabinet one of the 1,018,202 prescriptions for cholesterol drugs, or one of the 956,325 prescriptions for heartburn drugs?”

Get off your butt and go for a walk. Throw out that rubbish in your trolley and cook yourself a decent, quick, nutritious and healthy meal.