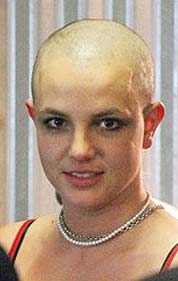 I’ll believe this when I see it.

This silly girl lost custody of her children, and now claims that she’s going to adopt 6 year old twins from China . I don’t think the Chinese government will let it happen.

1. Britney is now officially fat.
According to friends in China any ‘parent’ wanting to adopt Chinese children have to pass a BMI test, or Body Mass Index. In other words the Chinese don’t want fat people adopting their children.

2. Britney doesn’t have custody of her own children.
Let’s not assume that just because she’s getting these children in China that they don’t care what sort of people are doing the adopting. I’m guessing she’ll go through quite a rigorous check, apart from the BMI test, and she’ll come up short – on sanity; on fitness, on weight; and on her ability to sing.

3. I can’t believe I just wrote this post.
Obviously a blatant attempt to generate traffic to my site using the name Britney Spears. I’ll stop now.